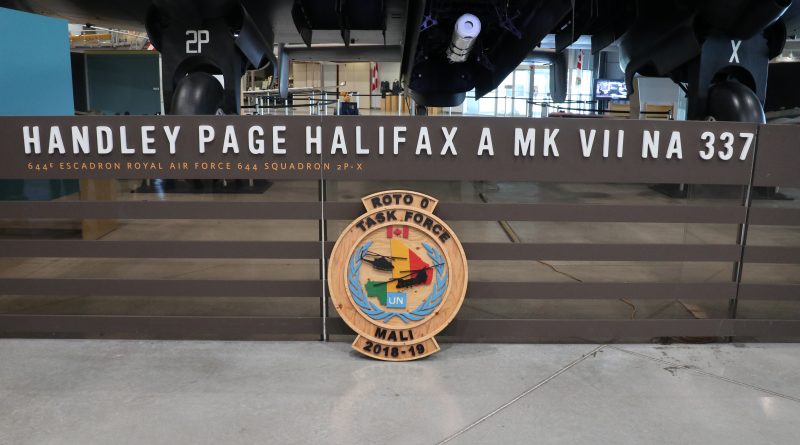 The artifact is a large wall plaque that was handmade by the members of Roto 0 while deployed and hung in the “Castor Bar” in Camp Castor, Gao, Mali for the duration of the tour. Following the end of the tour the whole team signed the back of the plaque and it was brought back to Canada in January 2019.

The Canadian Armed Forces (CAF) were deployed to Mali to support the United Nations Multidimensional Integrated Stabilization Mission in Mali (MINUSMA). Part of the Government of Canada’s overall effort to help set conditions for durable peace, development and prosperity in Mali. The Core Mission was to provide MINUSMA with the 24/7 Capability to medically evacuate UN forces by air. The CAF members joined 56 MINUSMA partner countries in their efforts to bring sustainable peace and stability to Mali and the Sahel.

As of July 31, 2019, the CAF has begun its departure from Mali. The task force has ceased transport tasks and is focused solely on medical evacuation until the mission ends on August 31, 2019.

"We're very excited to have this plaque join our collection. It's a unique opportunity to be able to collect history as it happens, and will enable us to tell more modern stories about the work and impact of the RCAF throughout Canada and the world." – Laura Imrie, Curator, NAFMC 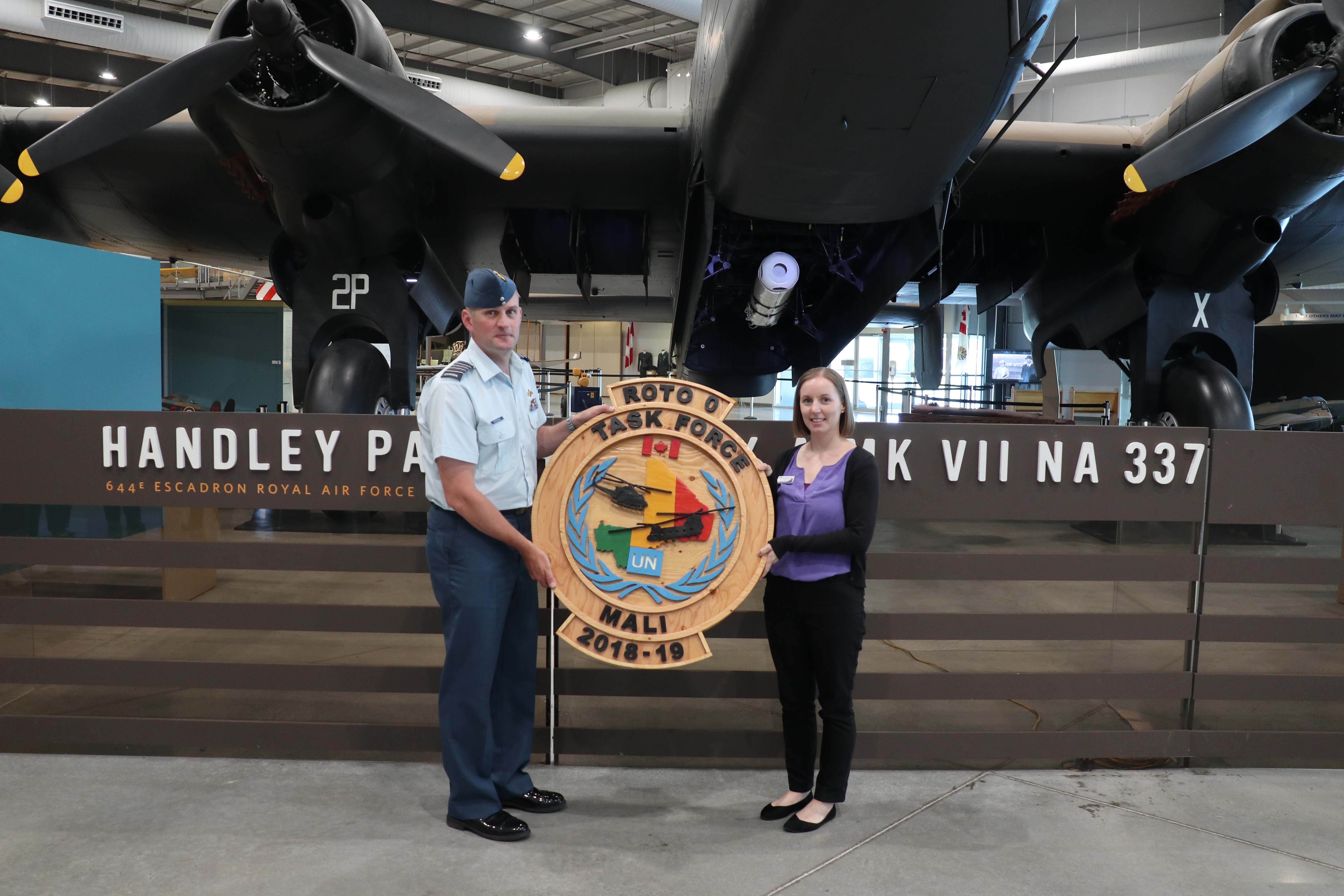 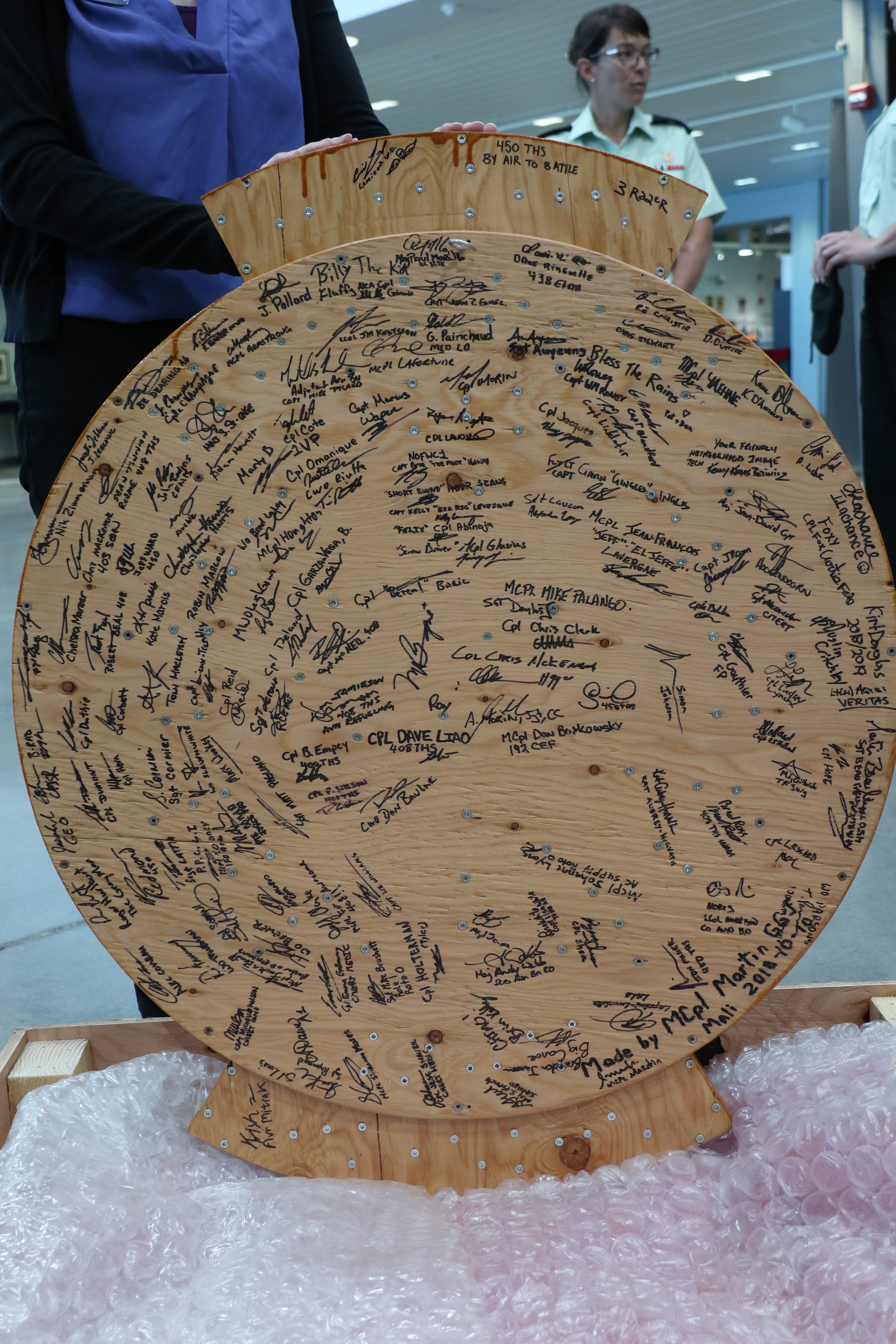 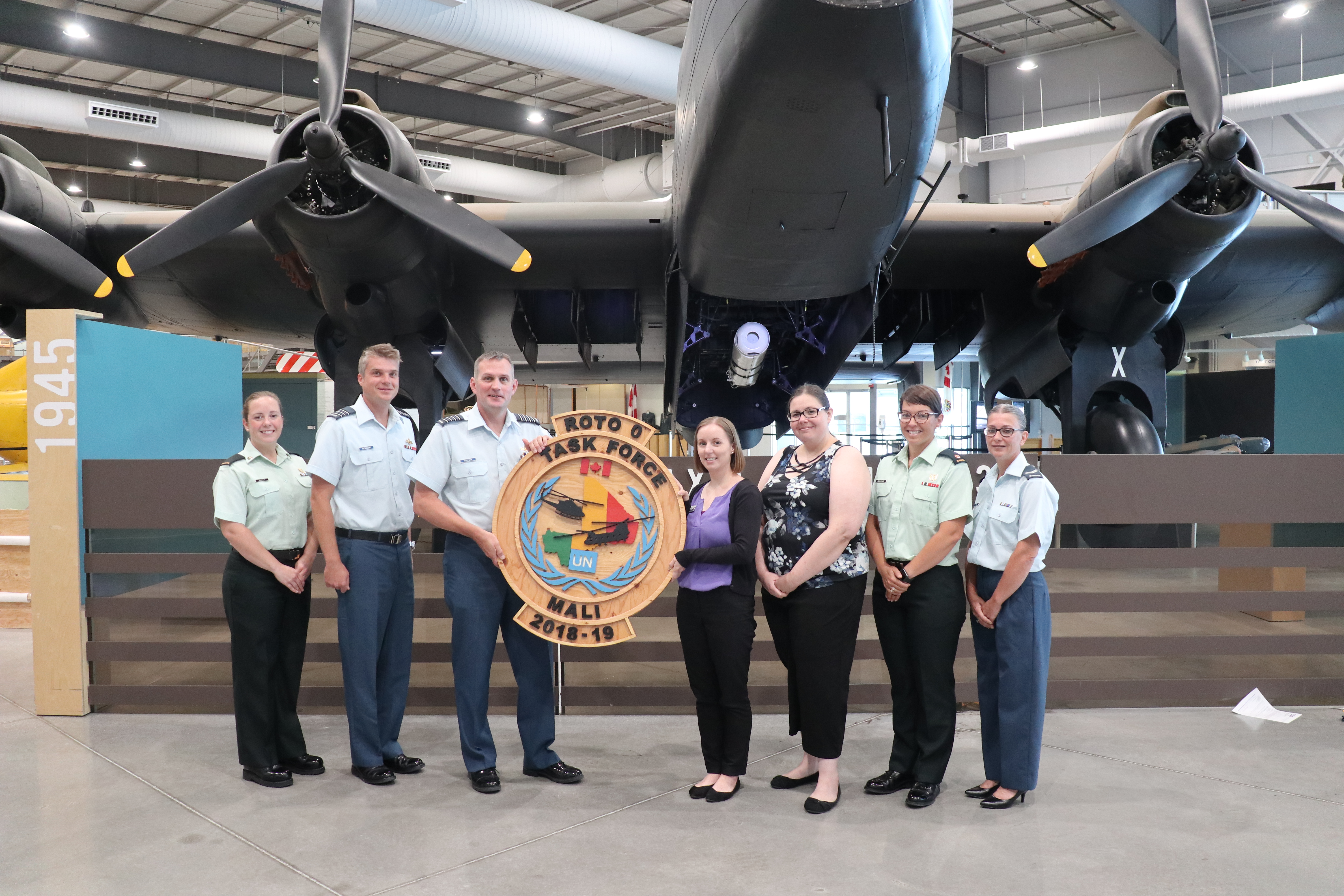 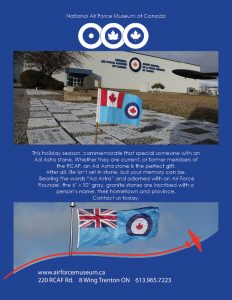