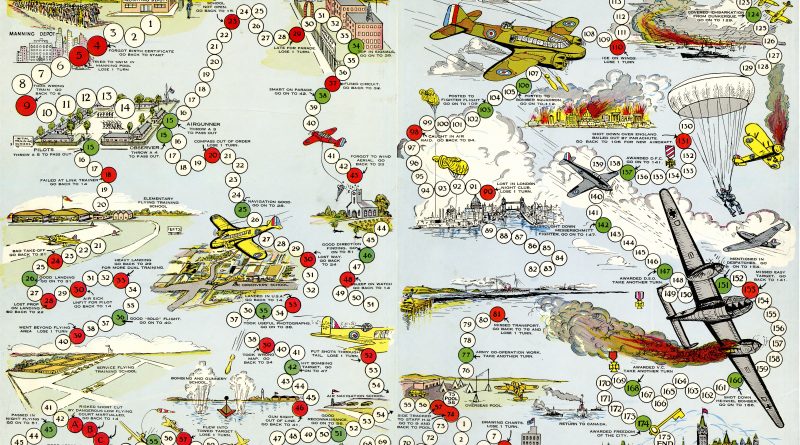 Here we have a real treat, the Be an Airman board game, just in time for family game night! You can print it out from the attached images below (or the PDF) , or just roll the dice and follow along on the screen!

See below for the rules

Be an Airman is an official board game released in 1941 by the RCAF to both the public and members of the Forces. The game was developed by then Flight Lieutenant Owen Cathcart-Jones, and approved by Air Marshal W. A. Bishop (AKA Billy Bishop). Known for its “Snakes and Ladders” style prize and penalty outcome, the game follows the wartime career of an air recruit, from the recruitment center all the way to Europe and back home again. With the winner winning a Victoria Cross and being given a hero’s welcome and the Keys to the Nation’s Capital.

Be an Airman Board Game
Number of Players: 2-6

Equipment: 1 Dice, items (2-6 depending on number of players) to mark players position (Whatever works, use some from other games, or make your own! Paper clips anyone?)

Rules: Starting at the Recruiting Depot, players move through the Manning Depot to the Initial Training School, where they are classified as Pilots, Observers or Airgunners.

Each player then follows his or her course through its various stages till completed — goes overseas — serves with the Fighting force and finally returns home.

The game is driven by exact die rolls (getting to key spots and ending the game requires an exact roll) as the player moves through the contiguous points on the board. 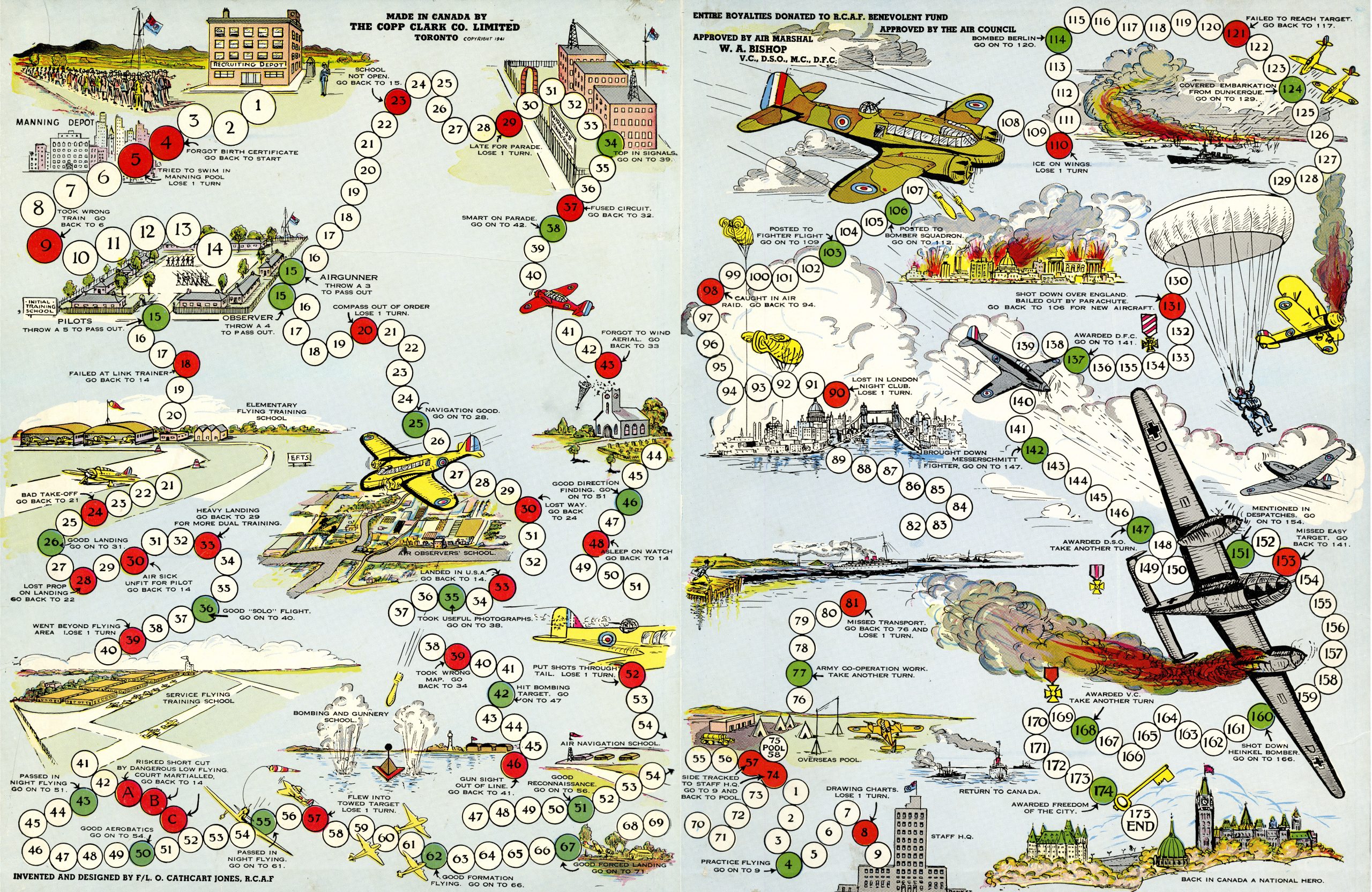 Be an Airman board game PDF

Be an Airman Board Game Rules