The Art of George Broomfield

“The picture of war is a couple of erks [slang for other ranks] eating their lunch in the sun outside a captured German hangar…. It’s an airman standing out in front of a Dutch cottage surrounded by children. It’s a bombed runway with a windmill in the background. When I’m on my own…I can paint as I please, as I see things. You don’t have to be an artist to paint during a war. Things hit you between the eyes and make you paint them.”

George Broomfield was born in 1906 in Parkdale, Toronto, Ontario. At the age of 14, he was chosen by Arthur Lismer to attend the Ontario College of Art (1920-21). George studied under five members of the Group of Seven: Arthur Lismer, J.E.H. MacDonald, Franklin Carmichael, with assistance from Alexander Jackson and Frank Johnston.

In the early stages of the Second World War, Broomfield had applied to the Canadian War Artists program for inclusion, while at the same time entering officer training with the RCAF.  The War Artists program was slow to reply, so he proceeded to graduate as an officer, eventually becoming a Squadron Leader at 143 Wing, Tactical Air Force.

His desire to paint and sketch in the field of operation prompted him to gain special permission from authorities to record scenes throughout the campaign. His war work includes subjects in Newfoundland, Great Britain, France, Holland and Germany.

Broomfield demonstrated a lifelong commitment to Canadian landscapes and extended this to include works of European cities and war scenes during his RCAF service overseas. While oil paintings were his primary medium, he did produce a large body of etchings and engravings during the 1930’s and, during the latter part of his life, became an accomplished fibre artist. 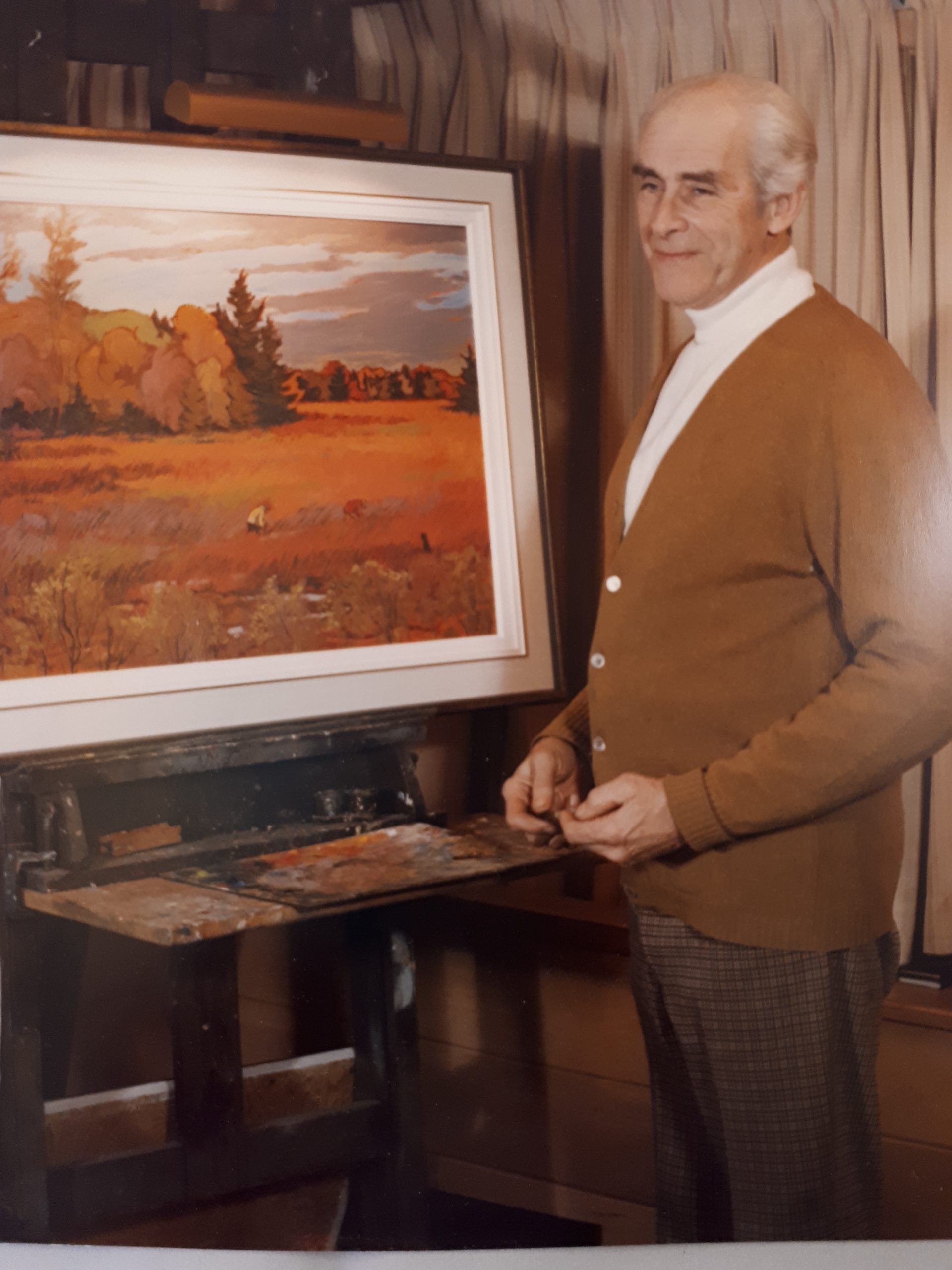 An interview with Laura Imrie, Curator at the National Air Force Museum of Canada

Interpretation of Art - an activity for all ages.

During the Second World War many people had to adjust to a new way of living. This was particularly true for those who went overseas to support the war effort. In his 1943 drawing titled “My Living Quarters”, artist Squadron Leader George Broomfield captured the interior of a Nissen hut that might have served as his living quarters. While many huts were set up in a dormitory style, some appear to have been single quarters. These were most likely given to higher ranking officers.

Take a look at Broomfield’s drawing and try to identify as many items or features of the building as you can. (The Education Department found 18.)

Of the items you identified, which ones can you also find in your room? Do they look the same?
At your place, are some items maybe in a different room?

Is there anything missing from the picture that you would expect to find in a room?

As you probably noticed, the room is fairly bare. When military personnel went overseas, they usually did not take a lot of stuff with them.
If you had to go to a place far away for a few weeks, and could only take one or two bags, what would you take?

After you analyzed Broomfield’s work, take a look at the postcard drawn by Ron Clarke (below). How does his Nissen hut compare to Broomfield’s? 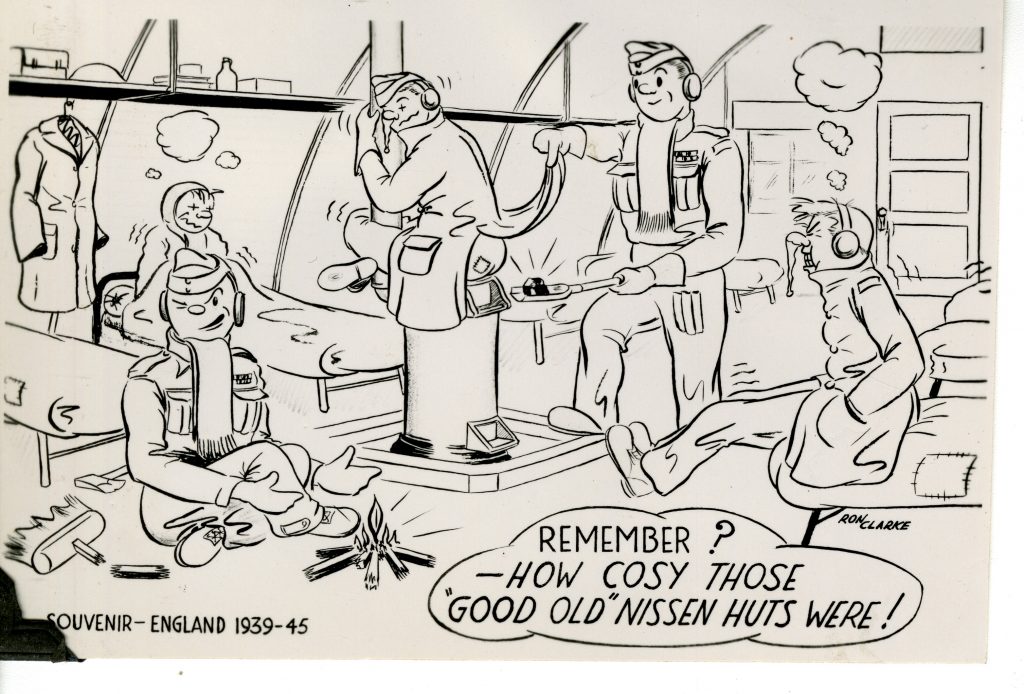 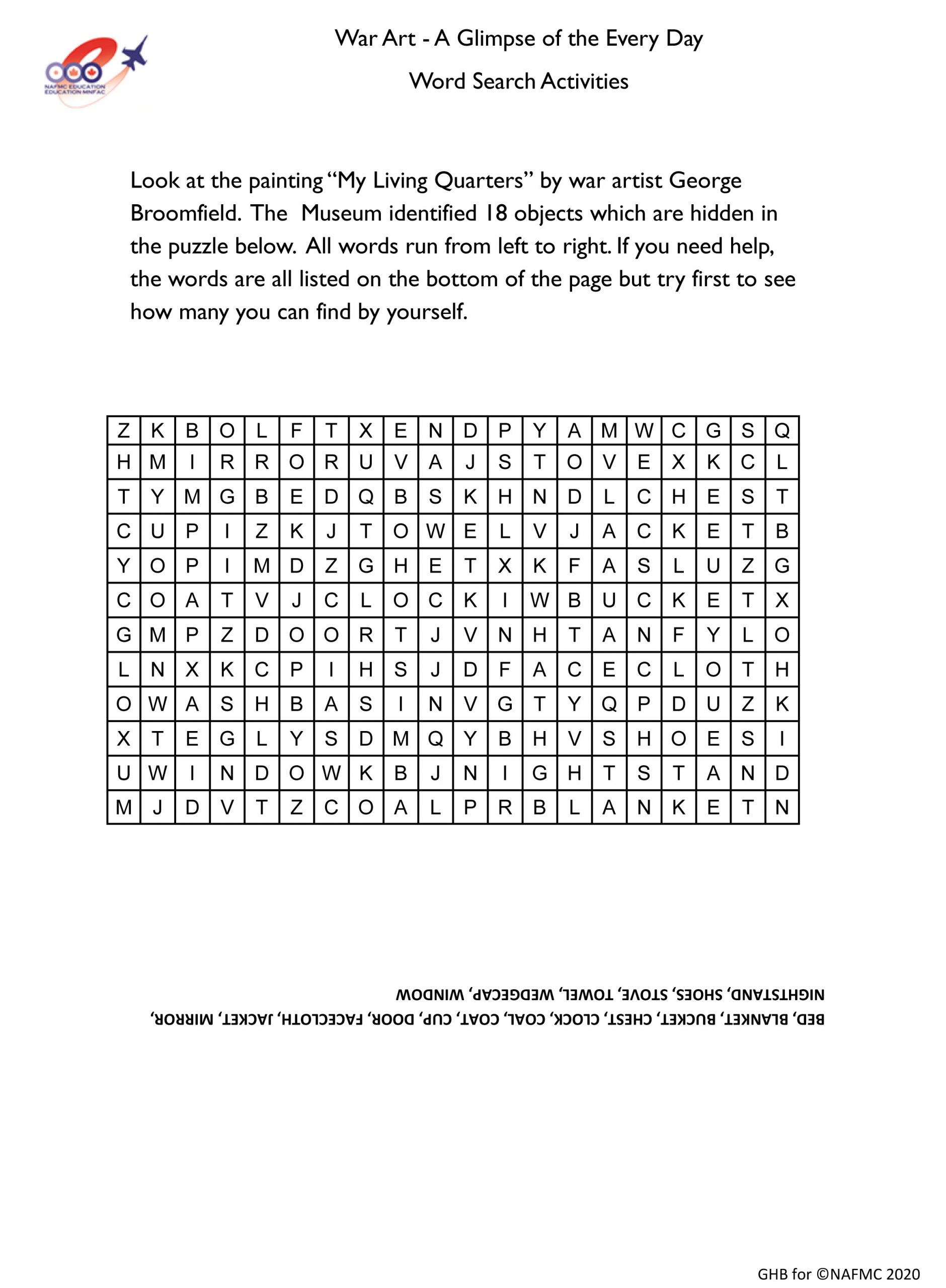 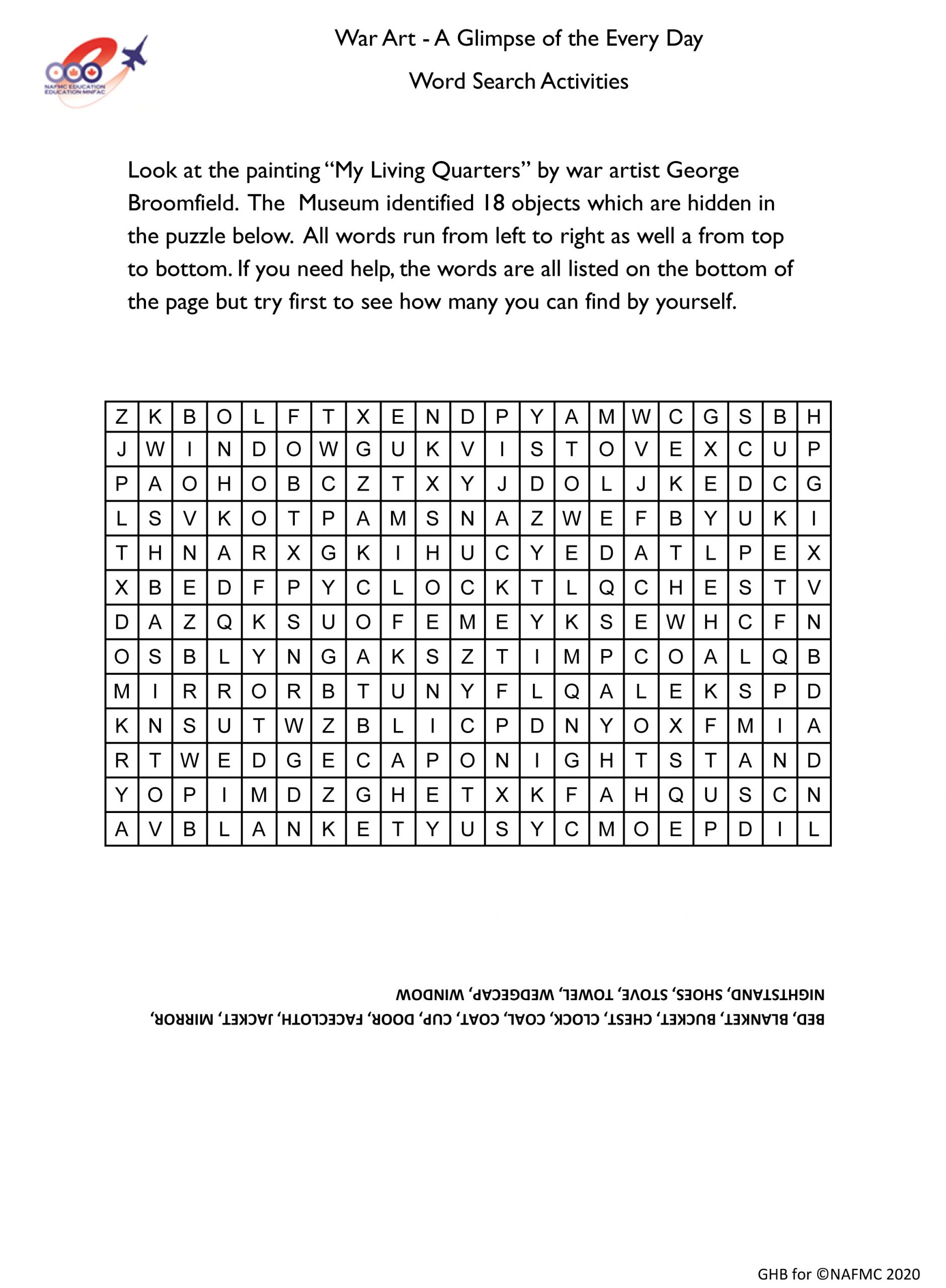 Interested in learning more about the War Artists Program, and artwork created during the Second World War?

George Broomfield was taught by Group of Seven members Arthur Lismer, J.E.H. MacDonald, and Frank Carmichael.
The impact of their distinctive styles can be seen throughout his work, both during the war and afterwards.

Learn more about these iconic Canadian artists from the Art Gallery of Ontario: https://www.youtube.com/watch?v=hiAvYGTB8xk

Art on loan and on virtual display, courtesy of Mr. John Broomfield.