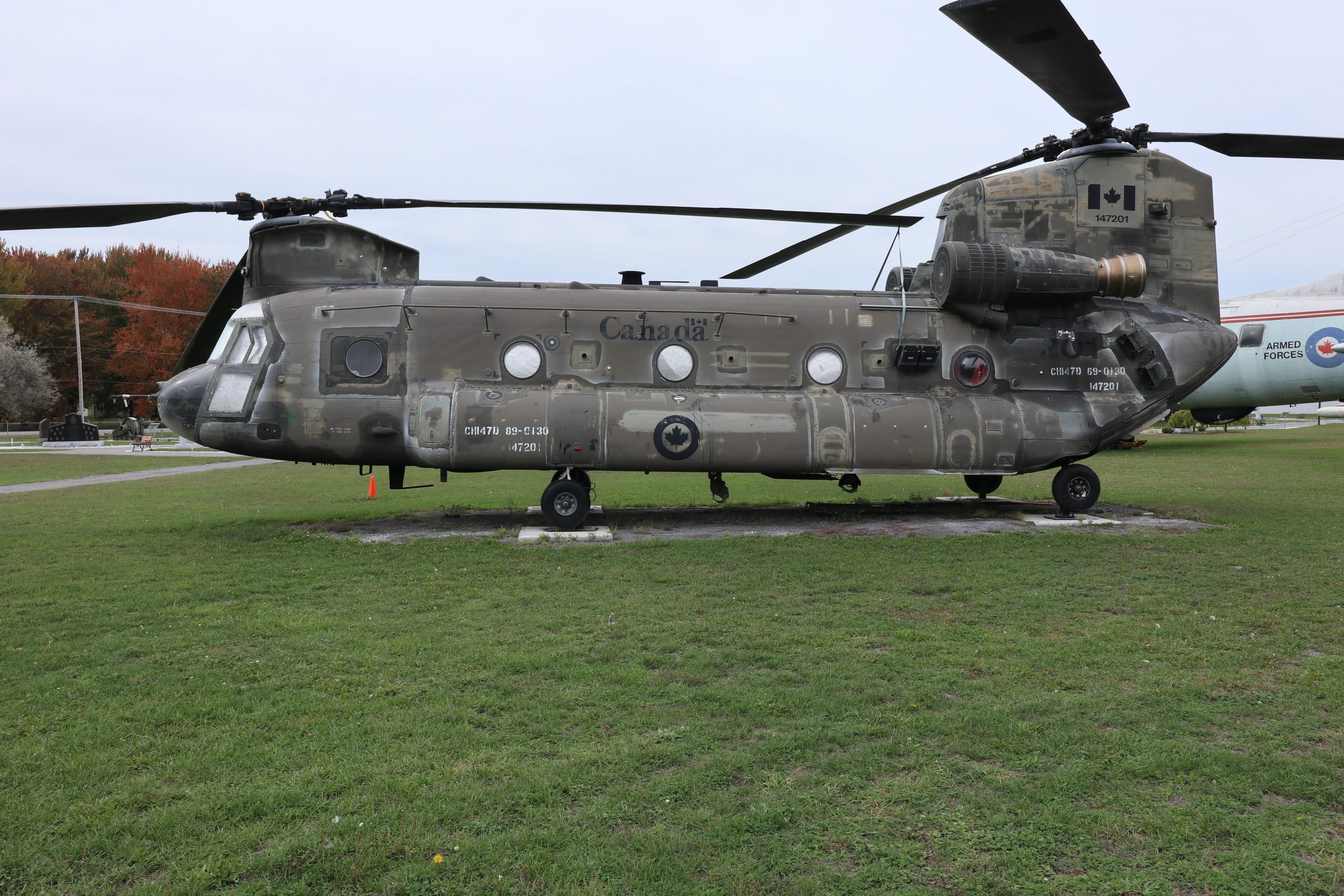 Originally delivered to the US Army in 1969, the Boeing Chinook (Model 414-100) was originally built at its facility in Ridley Park, Pennsylvania as a CH-47C 'C' Model. The helicopter was converted to a 'D' model in 1988 and subsequently re-serialed as 89-00130. It was re-accepted by the United States Army on the 19th of January, 1990 and served with the 7th Battalion, 101st Aviation Regiment at Fort Campbell, Kentucky.

On the 28th of December, 2008, it was one of six CH-47D's purchased by the Canadian government for use by the Canadian Forces Joint Task Force – Afghanistan Air Wing at Kandahar Airfield and re-serialed 147201. Chinook 147201 carried the nose art "Miss Behavin" drawn by Master Corporal Robert Bannon while in Theatre in Afghanistan. On September 22, 2011, the aircraft arrived at the Aerospace Maintenance and Regeneration Center at Davis-Monthan Air Force Base, Tuscon, Arizona where it remained in storage, until Oct 2016, when it was delivered to the NAFMC.

The Chinook aircraft has been with the museum since 2016.