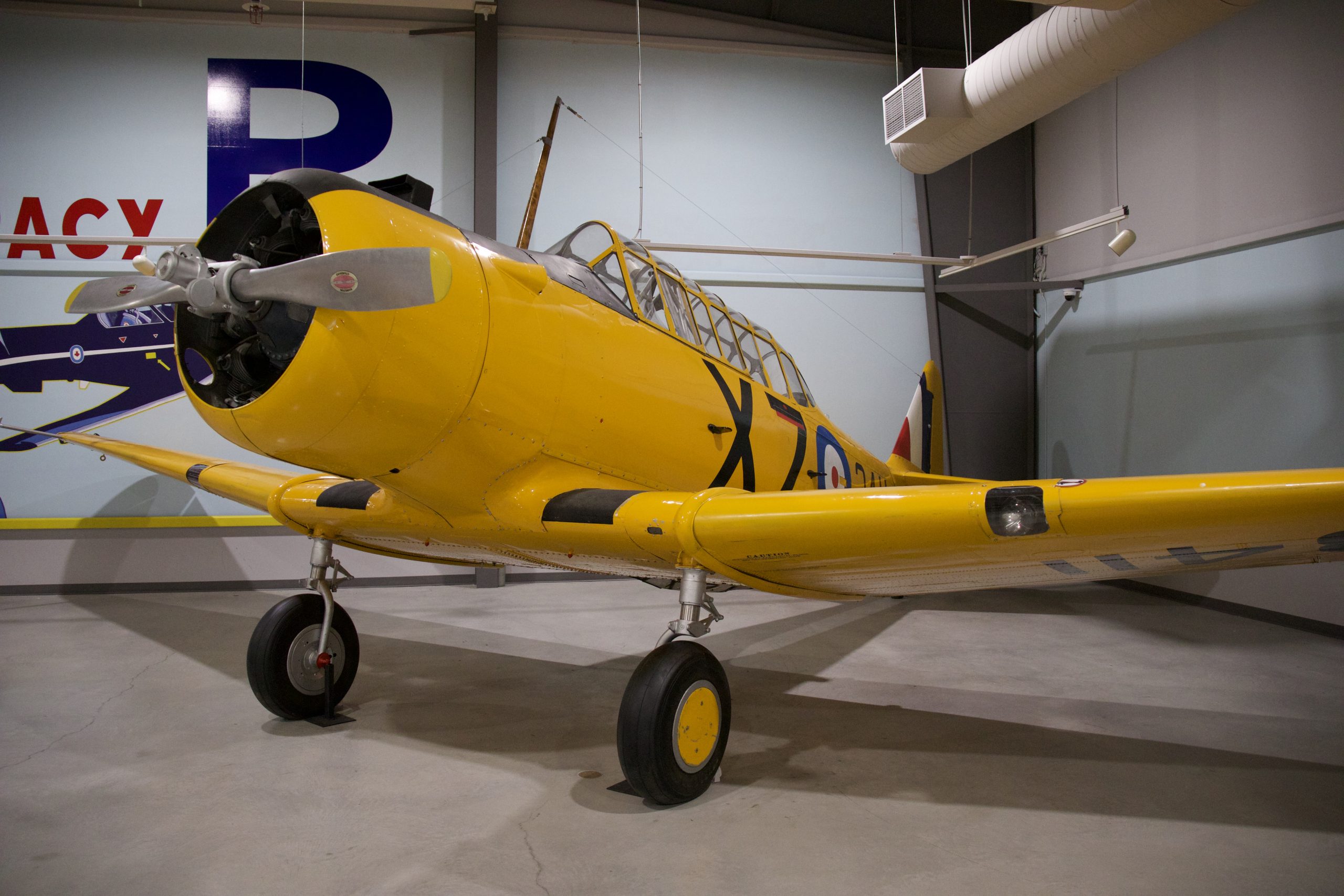 The North American Yale was first developed in 1936 as the BT-9 for the US Army Air Corps, for use as a trainer. At the outbreak of the Second World War a large number were ordered by the French Armed Forces; however when France became occupied by Germany in June 1940, 119 of these aircraft were left unclaimed at the factory in California. The British Government agreed to accept them, and they were subsequently transported to Canada for use in the British Commonwealth Air Training Plan (BCATP). During their time in the BCATP, Yales were used as pilot trainers, and later modified for use as wireless operator trainers.

Yale 3411 was taken on strength with the RCAF on September 16, 1940 and was assigned to No. 1 Service Flying Training School at Camp Borden, Ontario. It was converted to a wireless trainer at No. 6 Repair Depot, RCAF Station Trenton on May 4, 1943.

With over 3,000 hours of flying time, Yale 3411 was taken off strength with the RCAF on September 25, 1946. It was later sold to a private collector who owned the aircraft until 1970. Eventually, it was acquired by Hamilton's Canadian Warplane Heritage Museum, and in 2014 Yale 3411 joined the NAFMC collection.