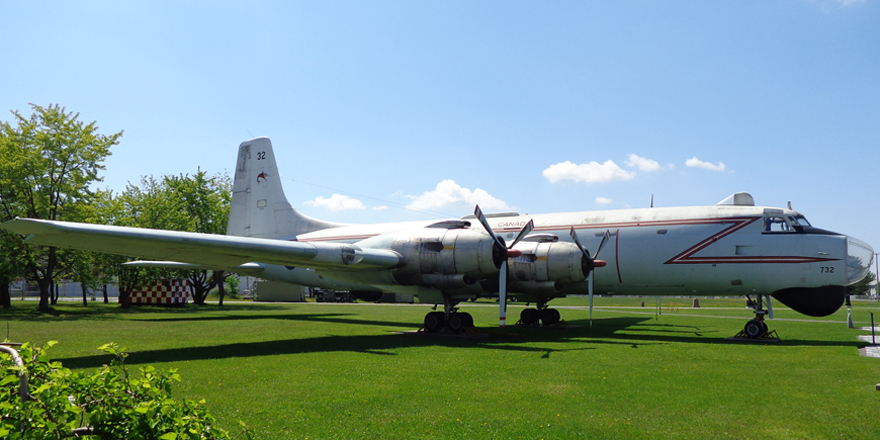 The National Air Force Museum of Canada’s Argus is one of 20 Mark IIs purchased by the RCAF in 1958. Taken on strength May 29, 1959, it flew with the 415 Maritime Patrol “Swordfish” Squadron at RCAF Station (later Canadian Forces Base) Summerside in Prince Edward Island, and carries the squadron’s distinctive swordfish marking on its tail. When the Swordfish squadron was moved in 1988 to CFB Greenwood in Nova Scotia, the Argus was replaced by the Lockheed CP-140 Aurora, which entered service in 1980 and is still in use today. 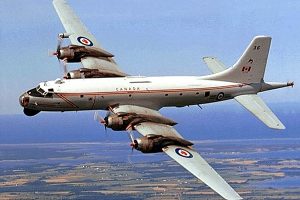 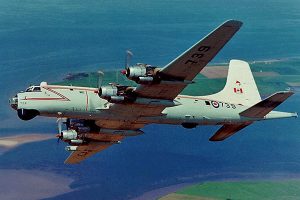 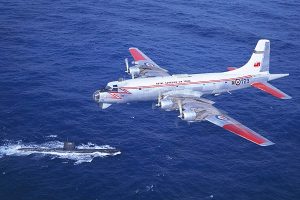