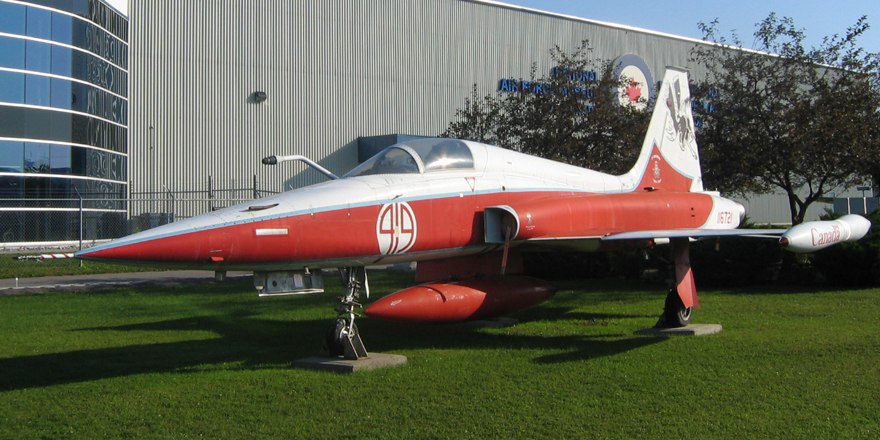 The Freedom fighter has been at the National Air Force Museum since 1997. In service with the Canadian Armed Forces from 1968 to 1995, the Museum’s Freedom Fighter was used first as a tactical fighter and trainer with 434 Squadron in Cold Lake, Alberta. In 1976, it was transferred to 419 Moose Squadron, where it was used mainly for training. It entered storage at the Aircraft Maintenance Development Unit at CFB Trenton in February 1995. The aircraft is painted to commemorate the Moose Squadron and the red and white colours of Canada’s flag. It was on display at Kamloops Airport before it joined the National Air Force Museum of Canada collection. 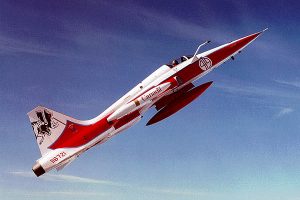 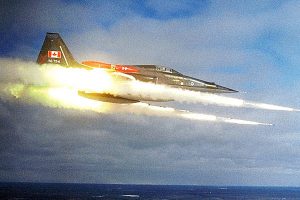 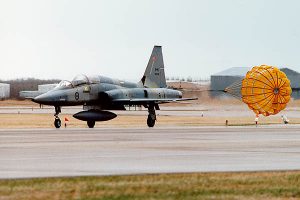