Hundreds of pilots in Canada learned to fly on the North American Harvard Mark II between 1939 and 1960.The museum’s example was first acquired by the RCAF in 1942 and was initially used for pilot training by 411 Squadron at RCAF Station Toronto. It later moved to No. 6 Repair Depot in Trenton and subsequently served at RCAF Station Summerside in PEI from 1956-1960. Harvard 3270 was sold in 1960 to a private individual in Guelph, Ontario where it was stored outside and was never flown again. When it arrived at the museum, the aircraft was significantly damaged due to its long-term exposure to the weather.

The Harvard aircraft was transferred from the Canadian Air and Space Museum in Toronto, Ont. It has been at the National Air Force Museum since 2007. 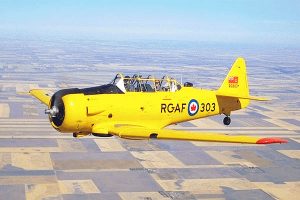 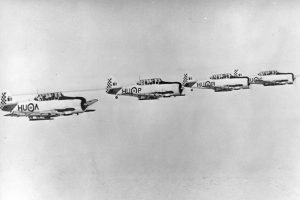 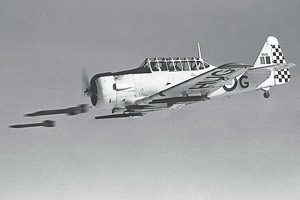