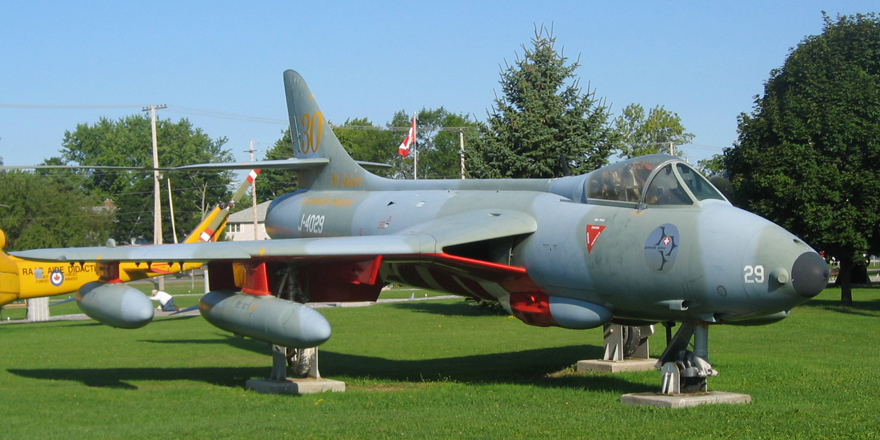 The Hawker Hunter is a British-built fighter and is a type never flown by the Canadian military.  The Government of Switzerland, represented by the Commander-in-Chief of the Swiss Air Force, donated the Hunter to the Government of Canada in 1995 for display at the National Air Force Museum of Canada. The aircraft served with the Swiss Air Force from 1953 to 1995. In addition to regular service, it flew as one of the original four Hunters of the force’s elite Patrouille Suisse, the official SAF aerobatics team, from its founding in 1964 until 1994. It is painted in the team’s official colours. The Hunter aircraft has been with the National Air Force Museum since 1995. 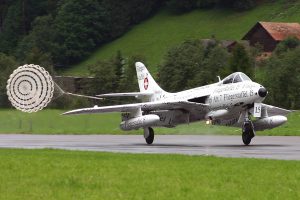 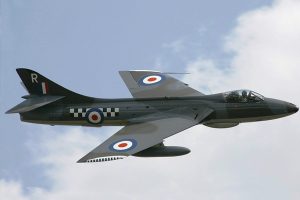 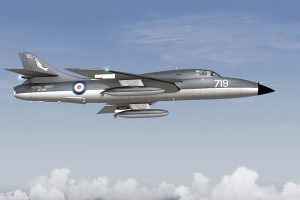