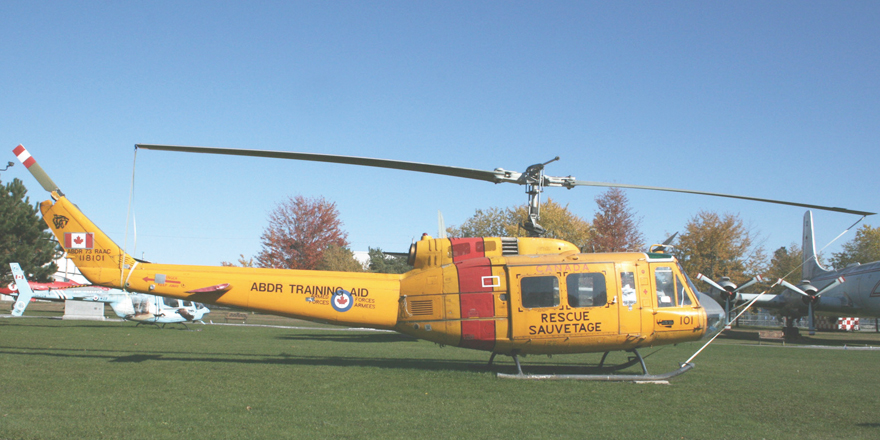 The Museum Iroquois was used with the RCAF/Canadian Armed Forces from 1968 until 1995. During that time, it served as a Combat Support Unit, originally with the 403 Squadron.  It also served part of its service life with 439 ‘Tiger’ Squadron, which was activated in Bagotville in 1993 as a Combat Support unit. All Iroquois were replaced by Bell Griffon helicopters in 1995. After that the aircraft was used for Aircraft Battle Damage Repair training at CFB Borden and CFB Trenton until the end of May 2007. The Iroquois has been with the National Air Force Museum since 2007.