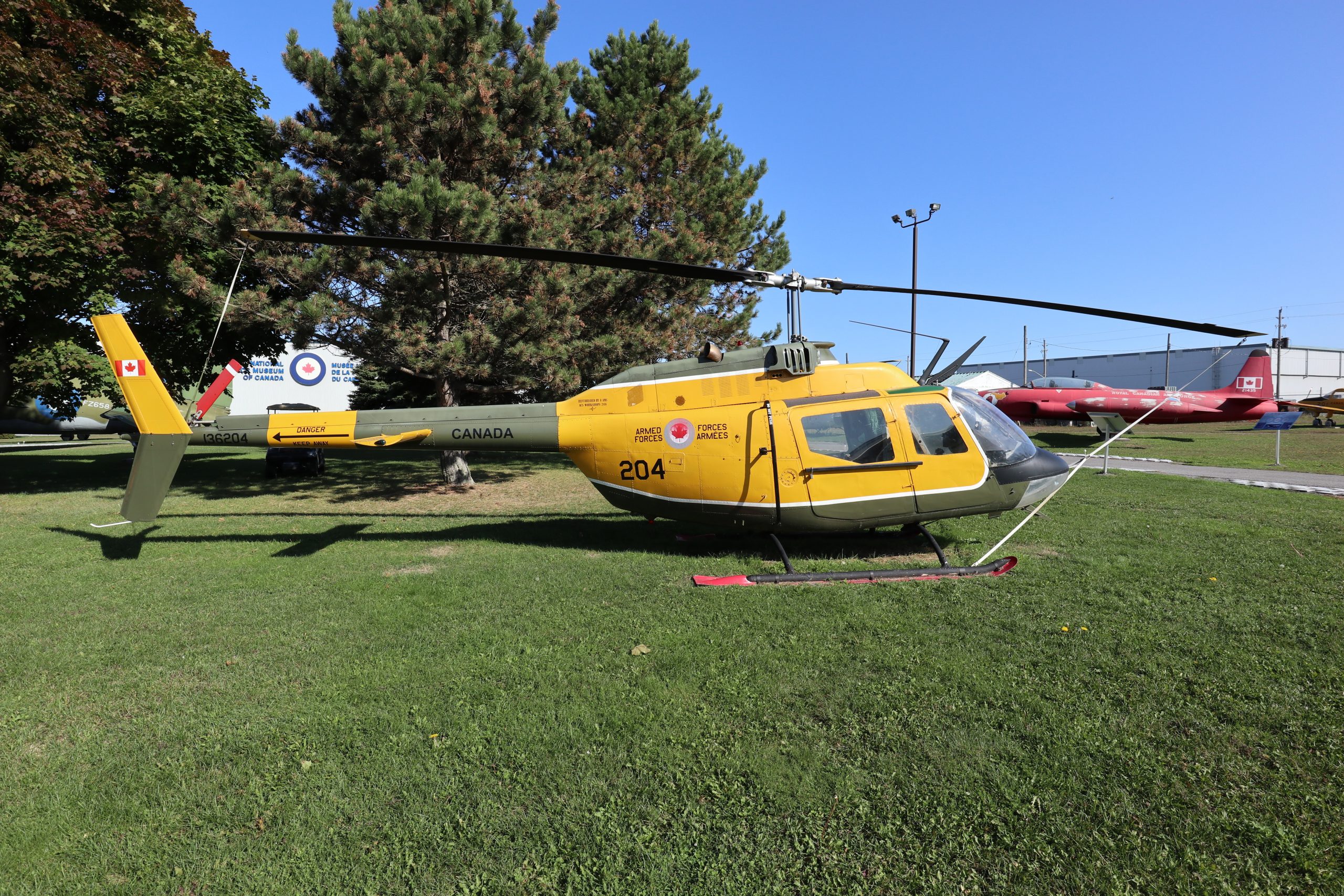 The Museum’s Kiowa started its career with the US Army and came to Canada in 1971. It began service with the No. 3 Canadian Forces Flying Training School at CFB Portage La Prairie, Manitoba, where it sported orange markings over camouflage. It flew in the lead position as a member of the 1977 and 1978 Dragonflies demonstration team, but in June 1979 it was damaged while with the School. After being repaired, it returned to service and in the 1980s it was used by reserve squadrons at CFB Downsview in Ontario. In June of 1987, while being operated by a crew from 411 Squadron, the Kiowa suffered damage again when it lost power and had to make an emergency landing near Paint Lake, Ontario. It was later transferred to CFB Edmonton in February 1995, where it served with 408 Canada Goose Squadron until its retirement.

The Kiowa has been with the National Air Force Museum since 1995. 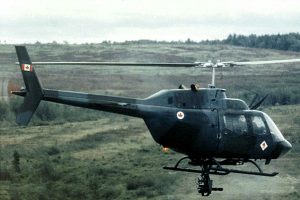 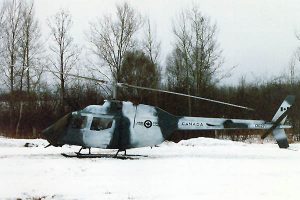 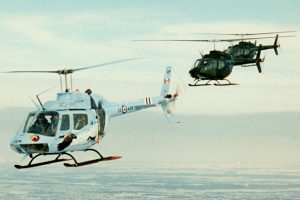