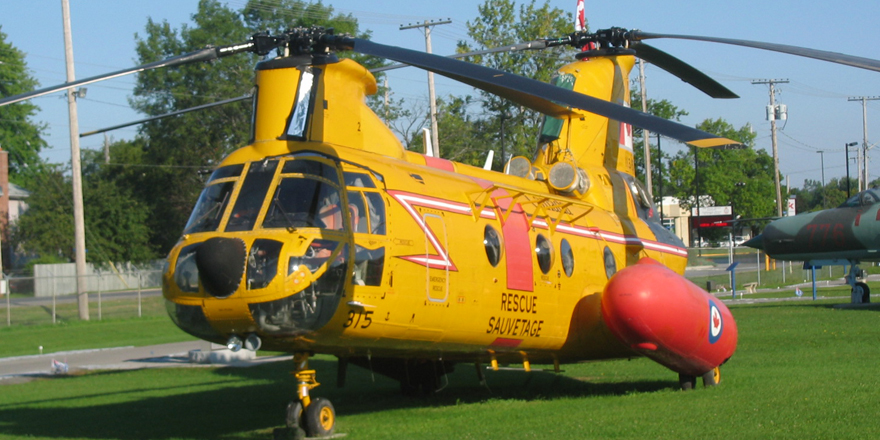 The museum’s Labrador was one of the last three to fly in Canada. It was put into service in 1965 and initially served with 450 Squadron in Uplands (Ottawa). This Labrador was originally designated as ‘Voyageur,’ a helicopter specifically designed for army transport. It was gradually modified with Search and Rescue equipment and was later officially re-designated as ‘Labrador.’ By 1975, it was converted for search and rescue and was moved to 424 Transport and Rescue Squadron, CFB Trenton, Ontario.

In the ensuing years it served with 413 Squadron and 103 Rescue Unit in Gander. It returned to 424 Squadron CFB Trenton in 1995. After 40 years of service, the aircraft was retired. It became part of the National Air Fore Museum of Canada in 2004, and is painted in the Search and Rescue with 424 Squadrons Tiger markings. 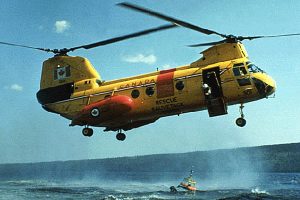 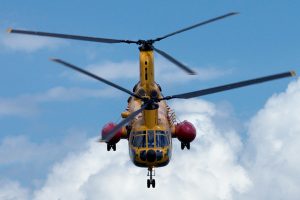 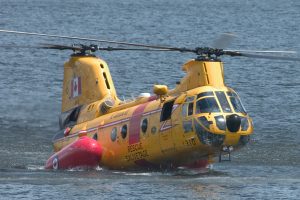