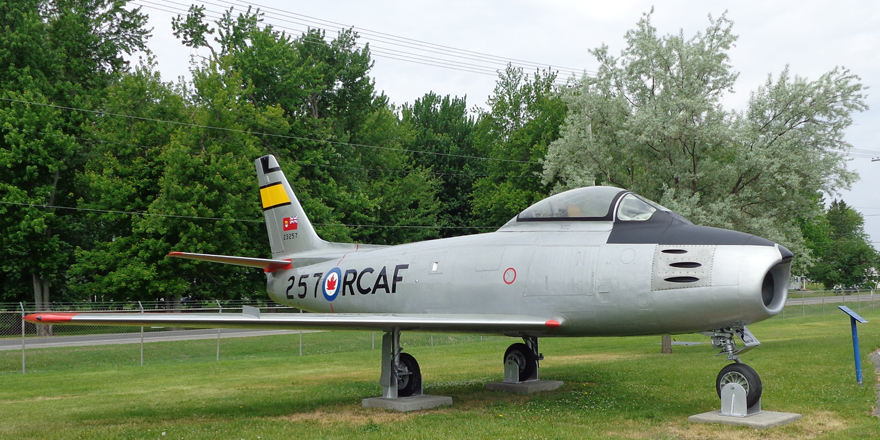 The Museum’s F-86, was assigned to RCAF Air Defence Command’s No. 1(F) Operational Training Unit at RCAF Station Chatham, New Brunswick on the 12th of May, 1954. Although not officially disbanded until the 10th of July 1962, No. 1(F) OTU had effectively been replaced by the Sabre Conversion Unit which was also known as the Sabre Transition Unit. Sabre 23257 was transferred to AMDU’s detachment at Mountain View on the 17th of January, 1969. It was then assigned to Training Command’s Canadian Forces Air Trades School at CFB Borden, Ontario in June, 1969 where it was converted to an ‘Instructional Airframe’. It has been restored and repainted to reflect how it appeared on the ramp at Chatham in 1960. 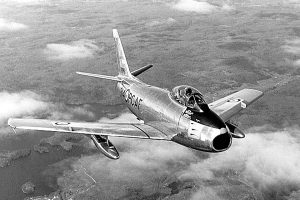 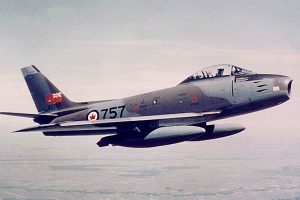 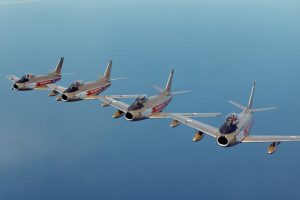