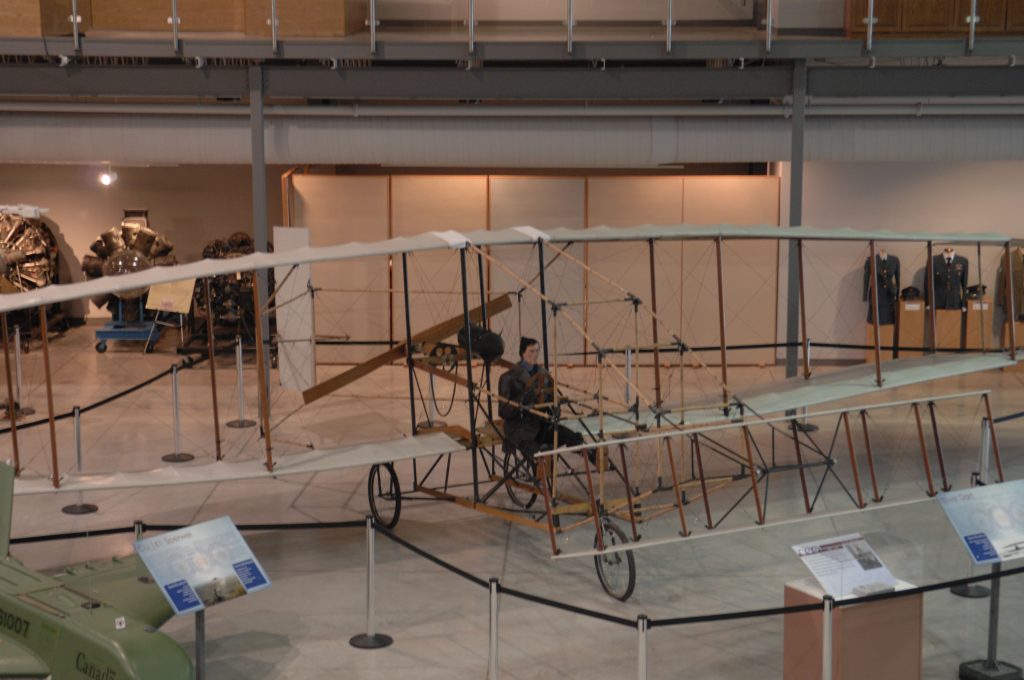 In 2009 the 100th anniversary of flight in Canada was celebrated. It was on February 23, 1909, that John McCurdy flew the Silver Dart at Baddeck, Nova Scotia, marking the first flight of a powered aircraft in Canada. This aircraft was designed in 1908 by John McCurdy and the construction was supervised by Alexander Graham Bell's Aeronautical Experimental Association at Glen Curtis's facilities in Hammondsport N.Y. Where it was flown before transferring it to Canada in January of 1909

Two aviation enthusiasts, Ed Lubitz and Mark Taylor, decided they wanted to do something spectacular to mark and celebrate this important aviation event. In October 2008 they began building their own Silver Dart replica, and after 8 months of construction activity, their masterpiece was completed in March 2009. This well-researched project, using the original drawings, was a true labour of love, and the outstanding craftsmanship is evident when viewing this aircraft. The overall philosophy of the replica's construction was that the aircraft was made to the original specifications with concessions to modern materials.

In June of 2010, Chris Colton, Executive Director of the NAFMC, met Ed while working at the Waterloo Aviation Expo & Air Show. During their conversations over the weekend, Ed revealed that he did not have a plan for the aircraft after the summer’s tour circuit was done. An initial plan was developed that at fruition saw the delivery of the Silver Dart 5 replica to the NAFMC in early November of 2010.

What better way to celebrate the 100th anniversary of powered flight in Canada than to construct and fly a replica of the aircraft that achieved this milestone. Ed Lubitz, pilot and project engineer, and Mark Taylor, assistant engineer, did just that. Working away during the autumn and winter of 2008, they constructed the scale replica of the Silver Dart. The official name of this aircraft is Silver Dart 5 and the Serial Number is Mach 0.046. Mach 0.046 is 35 miles per hour the cruise speed of the original aircraft.

The replica of the Silver Dart 5 has been at the National Air Force Museum since 2010.