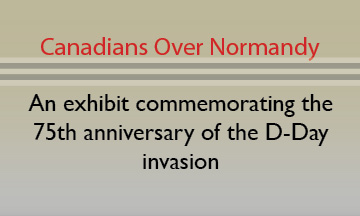 On June the 6th 1944, the Allies launched the largest amphibious invasion in history; over 150,000 Allied troops were transported across the English Channel on ships and planes to Normandy in France. Early in the morning bombers started the attack on coastal defences, while transport planes carried paratroopers, and fighter planes protected the skies above the invasion fleet.

This year marks the 75th anniversary of the D-Day Landings, and to commemorate this, the National Air Force Museum of Canada is proud to host an exhibit detailing the Royal Canadian Air Force’s involvement in the invasion.

The story of the D-Day Invasion is one of the most well known from the Second World War, the exhibit specifically highlights the role that the Royal Canadian Air Force (RCAF) played in the invasion and the 37 RCAF squadrons flew over Normandy.

The exhibit covers the lead up to the invasion with a look at the bombing campaign, as well as preparations and reconnaissance over Normandy, diversionary tactics, strategic bombing, an examination of the importance of “Invasion Stripes”, and more.

“This is a great opportunity for us to be able to talk about the impact the RCAF specifically had on D-Day, both in the lead up and the continuing efforts to liberate France throughout the summer of 1944.” –Laura Imrie, Curator

The exhibit is on display until April, 2020 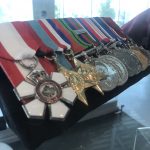 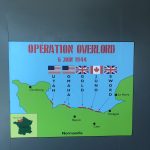 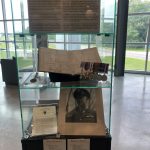 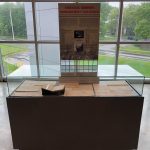