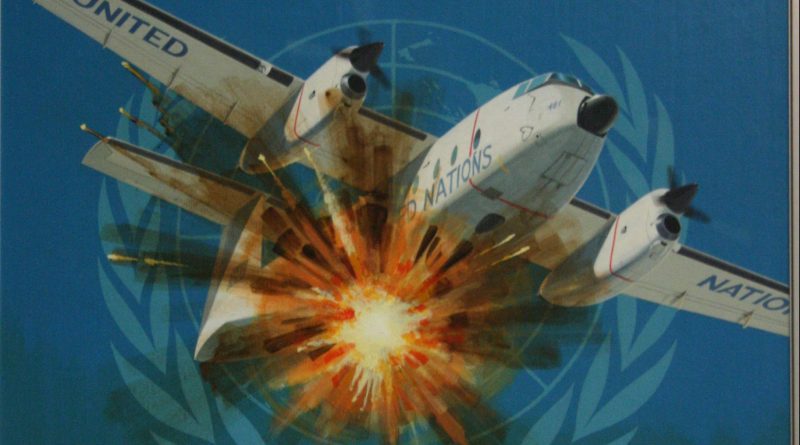 On August 9th 1974, nine Canadians were flying aboard United Nations Flight 51 (C-115461) as it traveled form Ismalia in Egypt to Damascus in Syria, by way of Beirut Lebanon. The aircraft itself was an unarmed cargo plane, a de Havilland Canada (DHC) Buffalo.

At the time the United Nations was attempting to adjudicate a tension-filled peace, with Canada sending ground troops and 116 Air Transport Unit (ATU) to provide logistical support, for the peacekeeping mission.

Shortly after 12:45 p.m. local time, C-456 crossed the Syrian border. What followed after became the single greatest loss of life in a single event for Canadian peacekeepers. All nine crew and passengers aboard were killed, after a total of three missiles were fired at the aircraft from a Syrian airfield.

In days and months following the attack, the plane became known as “Buffalo 9”, a tribute to the nine Canadians who were killed as well to the aircraft itself. After the attack on Buffalo Nine, a Canadian Board of Inquiry was unable to definitively determine if the missile attack was deliberate or accidental on the part of the Syrian forces

Beginning in 2009 the Canadian Government declared August 9th to be “National Peacekeepers’ Day” in Canada; the day was intended as a means for Canadians to express their pride and respect towards all Canadians (military, police, diplomats, civilians) who have taken part in Peace Keeping efforts. More than 125,000 Canadians have participated in peace keeping missions over the last six decades all across the globe, and on August 9th, we recognize them and all the other “Blue Berets” who have made the ultimate sacrifice in the service of Canada as U.N. peacekeepers.

The painting that is featured as the cover photo for this article as well as at the bottom of the page is one from the museums collection  "Canada Pays the Price" by Geoff Bennett. 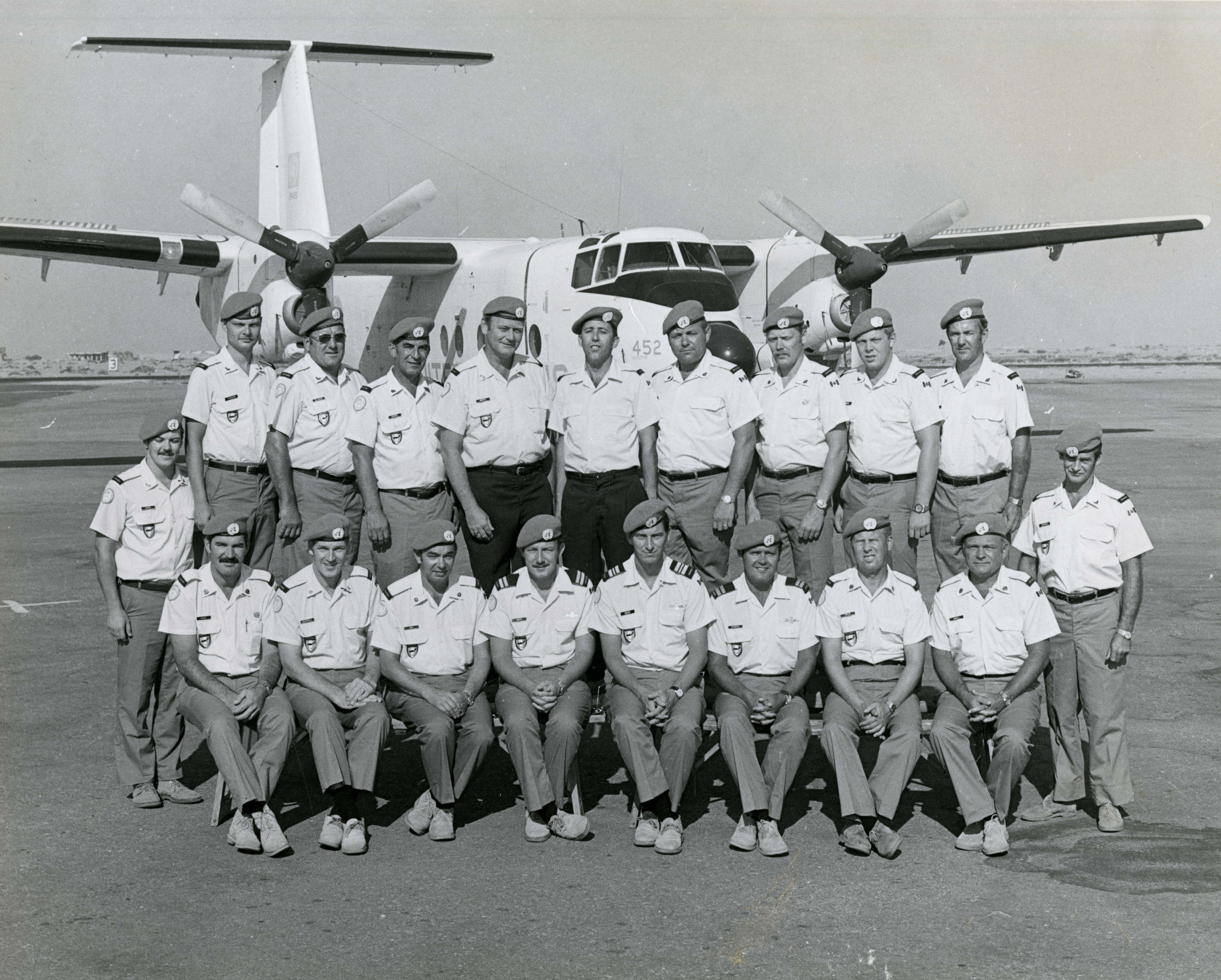 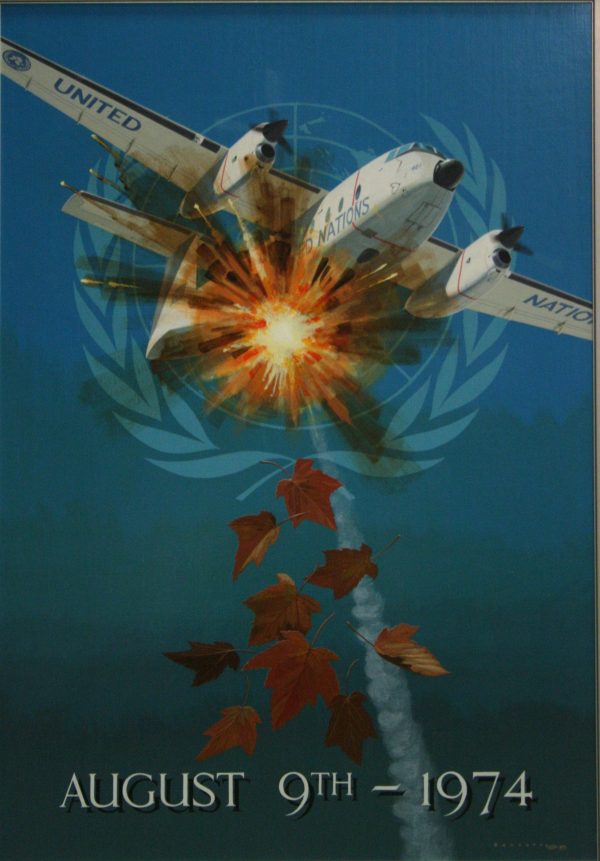